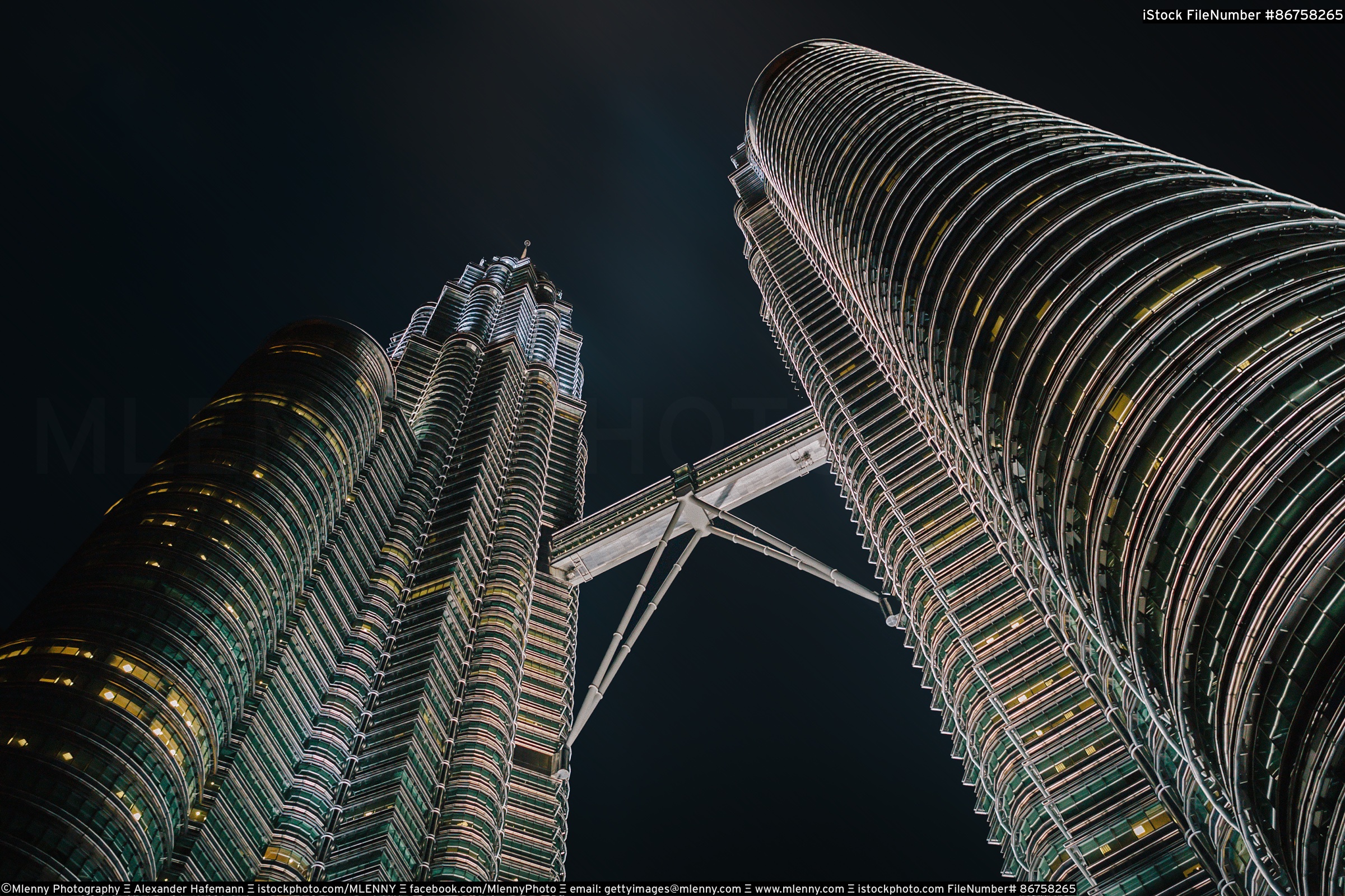 The Petronas Towers still remain the tallest twin buildings in the world. The towers feature a double decker skybridge connecting the two towers on the 41st and 42nd floors, which is the highest 2-story bridge in the world. The 88-floor towers are constructed largely of reinforced concrete, with a steel and glass facade designed to resemble motifs found in Islamic art, a reflection of Malaysia’s Muslim religion. The buildings are a landmark of Kuala Lumpur, along with nearby Kuala Lumpur Tower. Kuala Lumpur, Malaysia, Asia