You are browsing the site archives for March 2009.

Deserts, Sand Dunes, Blue Lagoons, Gigantic Icebergs, Tropical Beaches, Forests and Glaciers. Nothing can beat the beauty and colors of our planet. Here is an overview of the variety of landscapes I enjoyed as a part-time earth pilgrim.

Added new images to my iStockphoto Portfolio. Beaches, Palm Trees, Lagoons, Summer, Sand, Getaways, Sunshine and Tropical Landscapes are the main topics of the recent uploads. From the Cook Islands  of Rarotonga and Aitutaki  to Tahiti, Bora Bora, Moorea and Taha’a. If you’re looking for paradise, you can find it there. Have fun.

People, Women and Men and Models

“It’s been more than nine years since we started iStockphoto. From the beginning, this crazy little experiment has shown the world what happens when people assemble to organize their creativity and business acumen. Together, we changed the way a whole industry works. It’s astonishing how far we’ve all come and how successful this concept has been. Our offices and staff – here in Calgary, Germany, remote teams (inspectors) and at Getty Images around the world – have all worked incredibly hard to become what we are. It’s a strong team and we’re functioning with fantastic precision. Everyone is prepared for this day.

Back when our staff was still just a few dozen people, when we were having a going away party for a co-worker, people were choked. When you’re that tight a group, the prospect of change seems really dramatic. I remember telling everybody “Hey, iStock is bigger than any one of us. People come and go, things change, but iStock was built to last. H*ck, someday even I’ll leave.”

This is my last communication as CEO of iStockphoto and SVP Consumer at Getty Images. It’s been a difficult decision, but it’s the right moment to move on. I need more time with my family, and time to figure out what I’m going to do next. Anybody who knows me, knows I’m a bit of a workaholic. So I’m finally going to make some time for myself and the people in my life.

The day I told you all that we had sold to Getty Images, I assured you we would keep all that was great about iStock and be the same, only better. Thanks to the support of Jonathan Klein and other great people at Getty Images, we have expanded into numerous countries and languages far faster than we ever could have alone. I know that momentum will continue, with many new developments in store in the coming months. I have also learned an enormous amount from my colleagues at Getty Images and will miss them a great deal as I will miss working with all of you.?
Don’t think for a minute that I’m going away, though. I’m still a photographer after all, and I’ll finally have time to take pictures now. I just won’t have one of those Admin badges and hammer anymore. Please don’t Wiki my keywords unless I really deserve it.

I am deeply honoured to have led this community and worked with all of you. I believe we made the world a more beautiful place. It’s been you who has made all the hard work over the years so worth it.”

Thanks Bruce for all your time and work in the last 9 years to built up this unique community! You really changed the rules in the photography world. You`re still a worcoholic and photographer. I simply can`t wait to see the ‘Bruce 2.0’ Ideas. If you need someone to travel somewhere….you know. Rock on and have even more fun.

It`s time again for a quick update of some images I found in use on websites or in magazins, newspapers or posters from my istockphoto portfolio. Thanks  to everyone sending my scans, screenshots, photos or pages out of magazines.

With over 62.000 (!) free downloads from istockphoto, my ‘Free Picture of the Week’ (FPOTW) is the most downloaded image in my istockportfolio portfolio. Thanks to Nikada for letting me know. I`m sure that I will find more usages of this image in the future as more than 62.000 downloads is a really, really big download number. The ‘mirrored’ usage as a background for an article about “Self-Invested Personal Pensions” was the first I saw. 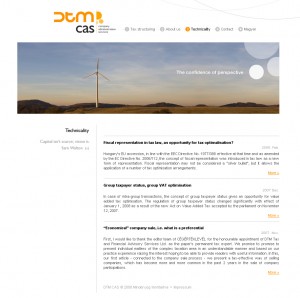 The Wind Turbine photo from south germany was found as a key visual in the technoical section of the DTM CAS website, a Tax Planning & Tax Structuring Service Company in Budapest, Hungary.

TÜV Rheinland in Germany used a holiday snapshot of my son Finn (while he was 3 years young) swimming with swimming goggles in the turquoise lagoon of the Cocos (Keeling) Islands, Australia. Here you find the website. 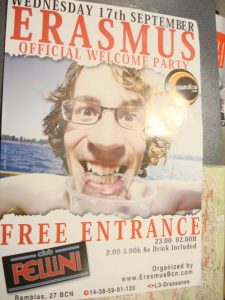 That’s a really funny one! Club Fellini in Barcelona put Ivar on the Erasmus Party Poster. This ultra-wide 14mm party shot was actually taken on a boat trip around the mediterranean Island of Malta during the Ref5esh 2008. Anyway the beer is 100% real :-), and thanks for the invention of Autofocus – without that –this shot– wouldn`t be possible *g*. 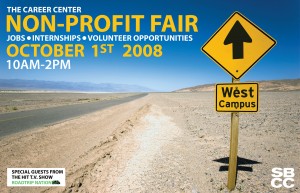 The photo on the above right was taken in the Death Valley, California, USA. Originally there was a ‘Road Subject to Flash Flood Warning’ on the sign which I retouched – removed before uploading to iStockphoto to give designers more flexibilty to include their own message on the road sign. ‘West Campus’ and the ‘Arrow forward’ was put on the photo later on. A nice proof that my thoughts about removing the original letters and signs from the road sign worked out for the designer. 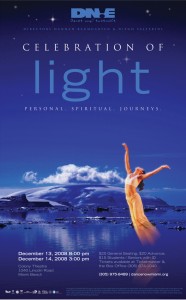 The original landscape shot on the right of Antarctica Glacier Mountains was used as a background for the ‘Celebration of Light’ event in the Colony Theater Miami, USA. The event was organised from DancenowMiami.

iStockphoto produced at blurb.com an awesome photobook. Here’s the capion: “We’ve made it our business to document the world that surrounds us, to send in dispatches from every outpost. These are our bread and butter, but they also represent 65,000 different testimonials of the world as we see it. Those testimonials, taken together, make a kind of visual atlas of the world, the kind that isn’t made by tourists and travelers, but by real people sharing personal moments, private epiphanies, and the revelatory happenings that make up a day in all of our lives.” -iStock CEO and Founder Bruce Livingstone, from the introduction. All proceeds of this book are donated to charity.

My photo of Antarctic King Penguins in the Rain at the beach of South Georgia made it into this book. It made me really proud to be among those photographers and images. The book is really woth every cent and I hope this might be an annual book! You can preview it here.

If you like the ‘Lost & Found Category’ you can find earlier ‘Episodes’ in my blog here.

No digital photo camera produces the beautiful square image format out of the box. Even the newest MF Digital Backs produce rectangle images. The difference between those worlds is that all Full-Frame or APS-C Format DSLR`s have the 3:2 image format and  MF Digital Backs/Cameras, like Hasselblad, PhaseOne or Leaf or capture the 4:3 image format.  This is due to the old film/slide format of 36mm x 24mm (for SLR`s) and 60mm x 45mm (for MF Cameras). So the old image formats from the 20th century went nearly 1:1 into the digital cameras.

The beautiful, classical 60mm x 60mm MF Format was dropped in the evolution of digital cameras as there is unfortunatly no “square digital sensor” available in the market. So cropping is as of today the only way to get the beautiful square format. And this has to be done on your computer after the image is already captured. I really would like to see a kind of viewfinder or focus-screen addition for Canon, Nikon, Sony, Leica etc. or the MF camera bodies which shows me only a square (or at least the borders of a square) in the viewfinder. That would be so useful for the composition while shooting an image and I can`t imagine that this might be “rocket-science” to develop. If you know where to get such a viewfinder screen or another good solution to see “the square” while taking the photo drop my an e-mail.

In the meantime Lightroom, Photoshop or Phocus have to do the job after the shot. In my iStockphoto Portfolio you find nearly 700 Squares.

And here are some examples out of the ‘people in a square’ collection:

After the heat of the #Deadvlei in yesterday's pos

Protection, Tokyo . I never thought that this port

Running back to the Beach. The Sea Horses - Sandal

Found a beautiful postcard from #calgary today in